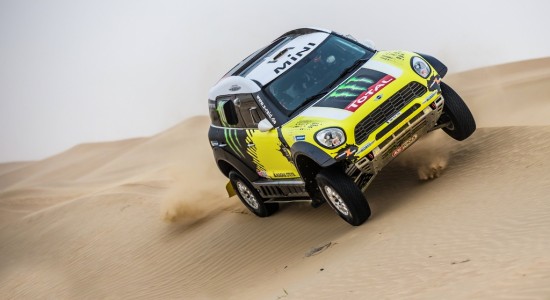 After finishing second at the Baja Russia, Vladimir Vasilyev (RU) continues to be in top shape in the FIA World Cup for Cross Country Rallies. The Russian is currently leading the Abu Dhabi Desert Challenge in the MINI ALL4 Racing entered by the Monster Energy X-raid Team.

After the first leg, 2014 Dakar Rally winner Joan “Nani“ Roma (ES) led the competition by more than eleven minutes in his MINI ALL4 Racing before he had to retire with stomach problems. Then Vasilyev took the win on leg 2 and the overall lead which he was able to extend to more than nine minutes over Marek Dabrovski (PL) on leg 3.