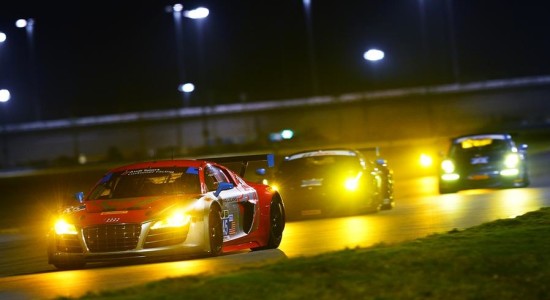 Audi responds to the strong Porsche line-up with a large turnout of its own with five Audi R8 LMS and four high-caliber customer teams. Audi Sport customer racing is thus well equipped and ready to start the new GT season this coming weekend at the 24 hours at Daytona.

The opening race of the new Tudor United SportsCar Championship (TUSCC) marks the premiere of the Audi R8 LMS (GTD) at the same time, which alongside Fall-Line Motorsport and GMG Racing is fielded for the first time by the new Audi customers Flying Lizard Motorsports and Paul Miller Racing.