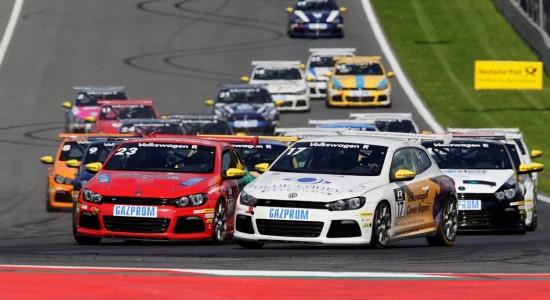 The Volkswagen Scirocco R-Cup is back in Germany. The legendary Nürburgring hosts the fifth and penultimate race weekend on 15 and 17 August. Jordan Lee Pepper (ZA), who tops the overall standings with 237 points, has his sights set on repeating last year’s victory and, should results go his way, could even seal the championship with races to spare. Pepper’s closest rival in the title race is Victor Bouveng (S), who goes into the final three races with a deficit of 36 points. Jason Kremer (D), who grew up close to the Nürburgring, is currently third with 187 points. The Nürburgring race will be a real fight between nations as Pepper will be challenged by drivers from all over the world. Rahil Noorani , the 24-year-old Indian, will line up as a guest starter in the Scirocco R-Cup at the Nürburgring, having won last year’s Volkswagen Polo Cup India.